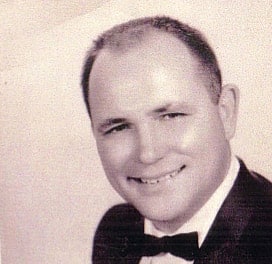 He was the first child of Eva Cox and Gains Dobbs, and older brother of Linda Dobbs Hyatt. They were raised by their grandparents much of the time while their parents led a nomadic life selling their talents as artistic painters during the Great Depression. Zane lived amongst his uncles as though they were brothers.

Zane fought during WW II. He saw some intense combat, and then worked at a base where solders went for R&R. Despite being extremely disappointed by the fact that he signed up for the air force, but then was drafted into the army, he made the best of his military career and really enjoyed much of the experience.

Zane was an entrepreneur. He founded the company Scamper Jacks; it was with this company that Zane invented the first hydraulic camper jack. His company built an excellent product. Later, he went on to own a smaller tool and die shop. People often said he did excellent work creating superb products.

In 1952 Zane met Genevieve Tishy as she waited on him at a small diner in New York. They married, moved to California, and had three daughters: Darlene, Debby, and Diane. It was during this seven year marriage that his business began to boom. He became an exalted ruler of the Elks Lodge in West Covina. He was a champion marksman and hunter. He was amongst the original nine Americans who discovered the sportsman's joy of the Rio Hardy River in Baja California. They were the first to acquire 99 year leases opening the way to a southward movement of summer homes and water fun in Mexico.

Zane taught his girls to love life and breath in adventure. He taught them to water ski, ride motorcycles, drive cars, shoot and care for guns, think logically, and to be compassionate. After the marriage ended he never failed to be a part of their lives.

Finally at age 60 he met the love of his life, Cherry Elsea, mother of Guy and Melinda Elsea. Zane and Cherry were married 20 years. Cherry, Guy and Melinda added to Zane's life in many ways. It is fair to say he nearly became a different person through their love and dedication. Zane was a caring stepfather. He hired and trained Guy Henry as a machinist and guided Melinda as she made her way toward becoming a teacher. Cherry cared for Zane with love and kindness right up to his last breath.

Zane was an excellent grandfather and he leaves a sweet legacy:

In short he was an inventor, an entrepreneur, a tool and die maker, a businessman, student of the universe, traveler, an adventurist, a sportsman, champion marksman and Exalted Ruler of the Elks.