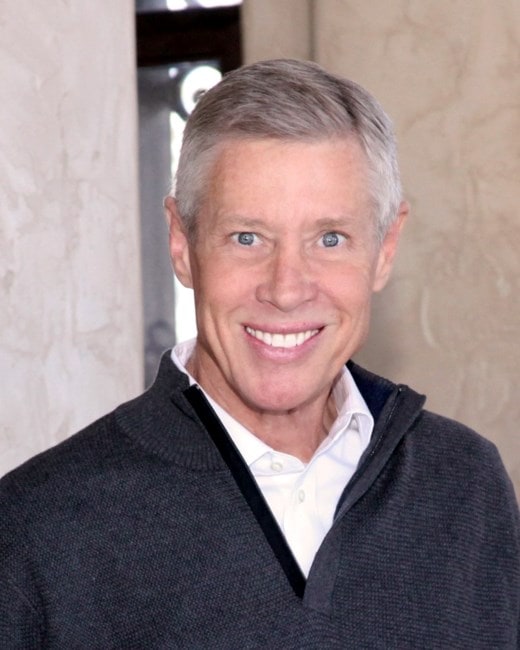 Stephen Craig Beasley died peacefully after a courageous battle with cancer on Tuesday, the 13th of September 2016.

Steve was born on the 7th of August 1951, in Dallas, Texas to Marshall A. and Leatrice M. Beasley. He was married on the 12th of June 1976, to Nancy M. Beasley, to whom he was lovingly married for 40 years. Steve graduated from Memorial High School in 1969 where he lettered in swimming, winning two State Championships, and earned a 4-year athletic scholarship to The University of Texas at Austin. At UT, he was a member of the All-Texas Water Polo Team and earned a Bachelor of Arts degree in Biology in 1974. After graduation, Steve began his career at FMC Corporation in New York City. It is here where he met his loving wife Nancy, also a student at UT, who happened to be living in the city for the summer. Steve and Nancy met on a blind date in the summer of 1975 and have remained inseparable ever since. During their marriage, they lived in Houston, Dallas, and Atlanta. They were blessed with two wonderful children, Stephen B. Beasley ("Brad") and Katharine Beasley Brock ("Kate"), and found their greatest joy to be spending time together as a family at their vacation homes on Lake Conroe in Montgomery, Texas and at the Broadmoor in Colorado Springs, Colorado. In Steve's own words, his family was his "greatest joy, and most prized possession."

To friends, coworkers, and family, Steve could best be described as a "class act." He was a one-of-a-kind businessman, community leader, friend, and mentor who served with passion and integrity in all facets of his life. Steve's storied career began at FMC Corporation where he held various sales, sales management, and marketing positions in the company's Industrial Chemical and Petroleum Equipment Groups. In 1987, Steve joined Tenneco Energy, which was later acquired by El Paso Corporation. Steve progressed through a number of executive roles within Tenneco including Director of Marketing and Transportation Services for Tenneco Gas Pipeline Company in 1992; Director of Marketing, Sales, and Communications for Tenneco Gas Marketing from 1992-94; Vice President of Tenneco International Development from 1994-95; and Vice President of Marketing for Tennessee Gas Pipeline from 1996-99. In 2000, Steve assumed the role of President of El Paso Corporation's Eastern Pipeline Group and served as a member of El Paso Corporation's nine-member Corporate Executive Committee. In this role, he served as Chairman and President of Tennessee Gas Pipeline Company and ANR Pipeline Company. He also served on the Board of Directors for two of El Paso Corporation's joint venture companies, the Southern Gas Association, and the Northeast Gas Association. After retiring from El Paso Corporation in 2007, Steve founded Eaton Group, Inc., an executive leadership, strategic investment, and community philanthropy firm, where he served as Chief Executive Officer. Steve also served on the corporate Board of Directors for numerous companies including WGL Holdings, Inc., SandRidge Energy, Inc., and Space Services Holdings, Inc.

In addition to his business successes, Steve was highly involved in his community, driven by his passion for education, citizens with special needs, diversity, and community hunger. Steve served as the Chairman of the Board for Briarwood-Brookwood, Inc., which includes The Brookwood Community (serving adults with functional disabilities) and The Briarwood School (a private K-12 school for children with learning disabilities). A proud and avid Longhorn, Steve was actively engaged at his alma mater, serving on the Development and Advisory Boards for The University of Texas at Austin, The University of Texas at Austin College of Natural Sciences, and The University of Texas Health Science Center of Houston. He additionally served as Chairman of the Board for INROADS/Houston and Target Hunger and was a founding member of the UT Austin Diversity and Community Engagement Advisory Council. Steve also had a passion for mentoring fellow businessmen. A teacher at heart, Steve enjoyed sharing his wisdom and helping guide others in their personal and business lives.

Steve's faith played a prominent role throughout his life. He and Nancy were members of Memorial Drive Presbyterian Church for over 25 years. While Steve's cancer diagnosis two years ago presented him with an unexpected challenge, Steve embraced God's "redirection" and this ignited in him a newfound abundance of love and prayer, far beyond what he imagined. He discovered if he followed the path God chose for him, regardless of how much or how little sense it made, his success, satisfaction, and joy would be exponentially better. Steve shared this journey with many and inspired others to live with the same joy, a joy that could only come from a personal and deep relationship with the Lord.

Steve had the unique opportunity to reflect on his life before he passed away and the Beasleys would like to share a quote from a letter he wrote to his family before God called him home to Heaven. Always the ultimate wordsmith, Steve adoringly wrote, "As I look back, I know that my life has been a blessing beyond anything I could have ever imagined. It has brought me an abundance of joy, love, satisfaction, and achievements. It has allowed me to find personal fulfillment in a way that few on this earth have ever experienced. It has allowed me to see and do things that most others will never experience. And, my life has additionally blessed me with incredible friends and family and great pride in my personal endeavors. For that, I thank God every day." Steve will truly be missed by all his family and friends.