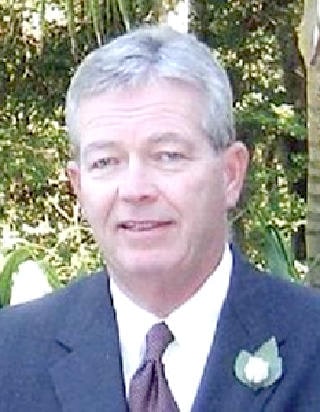 Michael Wayne “Mike” Houpe, age 69, of St. Augustine, Florida passed away peacefully on October 21, 2016 at the Bailey Family Center for Caring. He was born in Morganton, North Carolina to Vernius E. and Jean Trent Houpe, both deceased. Mike attended Western Carolina University, graduating with a Bachelor Degree in Business Administration.  His first job out of college was in the finance Department at the North Carolina School for the Deaf & Blind. Mike went on to enjoy a long career as a Medical and Surgical Sales Representative. He started in the business with Southwest Medical and later worked for Aesculap USA. For most of his career Mike worked as a Surgical Sales Representative for 3M Surgical Corporation in North Carolina and Tennessee. He lived for many years in the Charlotte, North Carolina area, and Fort Mills, South Carolina, before moving to St. Augustine 2 years ago to live closer to his son, Jason. Mike enjoyed camping, fishing and smoking a good cigar.