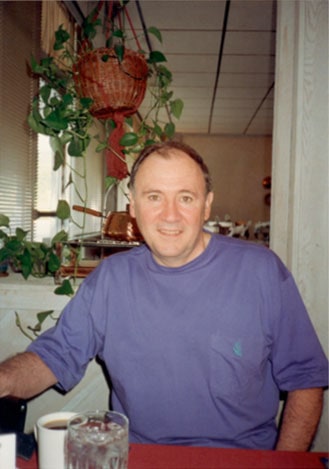 He received his B.S. degree from Rutgers University and M.S. and Ph.D. degrees in theoretical physics from Indiana University. He joined the Boston College faculty as an assistant professor of physics in 1959 and chaired the Department of Physics from 1969 to 1982. He played a leadership role in establishing the doctoral program in physics and founding the university chapters of Phi Beta Kappa and Sigma Xi.

In the mid 60’s Bob’s research interest moved to magnetospheric and space physics, and he published on a broad spectrum of topics in theory and data analysis.

Bob served on and sometimes chaired numerous advisory committees for the National Academy of Sciences, the National Center for Atmospheric Research and the National Science Foundation. As an officer and trustee of the Universities Space Research Association, he twice served as chairman of the Council of Institutions. In 1982-1984 he served as a liason scientist at the United States Office of Naval Research London (U.K.) office.

Bob also served in various capacities at the American Geophysical Union: secretary of Magnetospheric Physics and Solar-Planetary Relations, 1970-76; section chairman of Magnetosheric Physics on numerous occasions; and member and chairman of the Meetings committee. Bob cofounded the Chapman Conferences, an ongoing series of small, topical meetings that has grown into a major part of AGU’s meetings program.

He was a member of NASA’s Space Science Advisory Committee and reviewed numerous space shuttle and satellite projects. At NASA headquarters he was responsible for supervising several space physics programs and research initiatives. Here he coordinated the various missions in the International Solar-Terrestrial Physics program and maximized their combined scientific output. In particular, his efforts nurtured data sharing and the development of coordinated analysis tools. He worked adroitly, and successfully, with his advisory committees to achieve and implement the goals of the entire heliospheric science community.

Bob was the son of first-generation Italian immigrants and the first in his family to attend college. He overcame infantile paralysis (polio) to become an enthusiastic squash and tennis player for decades. He was an avid “armchair athlete” for his entire adult life and rooted for the Yankees, the Red Sox, the Giants, and the Patriots with equal zeal. His stories of playing stickball in the streets of Newark, New Jersey, as a child and watching the Yankee greats were captivating to his family and friends.

Bob always enjoyed following politics and rarely missed a chance to vote. In his later years he was fond of watching old westerns and solving Sudoku number puzzles. His dry, quick wit and sometimes lengthy pontifications (“Bobisms”) will always be remembered.