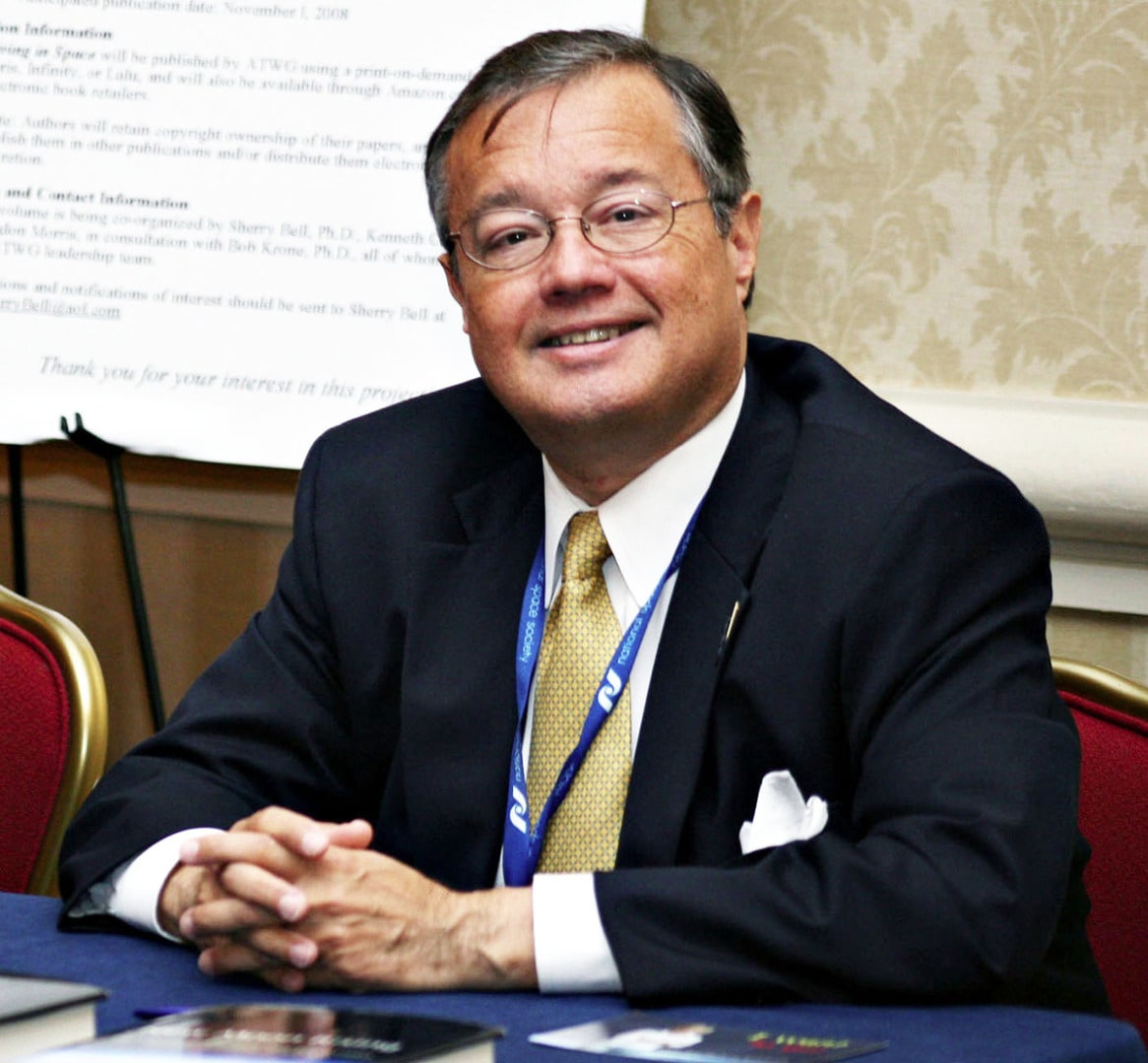 It is fitting, poetically so, that a man who so loved space would reach his final resting place in the nose of a rocket.

Recognized throughout the space community for his expertise on launch vehicles, Frank could tell you what a rocket’s configuration meant, the history of its engines and he usually had some personal story about the men who brought that rocket to life. The NASA history office invited him in to give talks, aerospace companies tapped his expertise and a host of media operations benefited from his clear prose and encyclopedic knowledge of space hardware. Even Hollywood moguls would call Frank if it needed to know something. When the producers of Apollo 13 were looking for information on the spacecraft to help them get the astronauts’ panels just right Frank shared with them his copy of the spacecraft blueprints.

It wasn’t surprising that Frank would have Apollo blueprints in the closet. He loved space from when he was a child growing up in the suburbs of New Orleans. He wrote away for press kits and patches ultimately accumulating hundreds of bits of history over his career as an award-winning space journalist and writer.

Frank covered NASA and the aerospace industry for a number of outlets including UPI, Aerospace America and Pasha Publication’s space-related newsletters. He also wrote one of his first books for Pasha, the Military Space and World Guide to Commercial Launch Vehicles. He followed that book up in 1994 with Apollo 11: America on the Moon: your hour by hour guide to the historic first moon landing plus several other books including The Astronaut and the Fireman: Stories of Space Technology in Everyday Use.

He served as the first Washington, D.C. Bureau Chief for space.com and was the Director of Communications for the National Space Society (NSS) and the editor of its Ad Astra magazine, which won recognition for its design. He won a number of awards for his reporting and his coverage of the re-entry of the MIR space station was recognized by the Royal Aeronautical Society, which gave him its top space journalist award in 2001.

It’s possible that his first national audience were the fans of Dial-A-Shuttle, a dial-in service where Shuttle aficionados could hear the space-to-ground communications during a mission. The Dial-A-Shuttle team would also talk, almost like radio announcers, giving details about the mission and explaining what the astronauts were doing — filling in as needed when things got quiet. As a member of the overnight Dawn Patrol Frank sometimes had a lot of airtime.

‘They (Frank and a colleague) would do a commentary together discussing the ins and outs of the space shuttle program—kind of doing a soft critique of it,” said Joe Marino, one of Frank’s oldest friends “As the crew was flying during the blackout period, they were able to fill in that time having their own little show.”

Frank could identify each space shuttle by its tile patterns and riff for hours about the details of a mission. When he finally saw his first shuttle launch, the culmination of so much effort and so many dreams, it brought tears to his eyes, Marino said. “It was a labor of love for all his life and here he was at his first shuttle launch experiencing all that that is, all that that becomes. So that was that was pretty amazing.”

Frank also had an abiding interest, and some hand-to-hand experience, in politics. While still in Louisiana he was a local government official for St. Bernard Parish and after coming to Washington he served as president of the Space Transportation Association (STA), an industry association representing Boeing, Lockheed, SpaceX and other U.S. space launch companies on Capitol Hill. He was later tapped to become the first Director of Washington, D.C. Operations for SpaceX, the company building this mission’s launch vehicle, and organized an event at the National Air and Space Museum introducing the firm’s new rocket to Washington in December 2003.

That political experience was undoubtedly helpful when he and co-author Keith Cowing captured the emergence of a plan for NASA to return to the Moon in New Moon Rising: The Making of America's New Space Vision and the Remaking of NASA.

After the Columbia space shuttle accident, “the White House really had to make a decision whether to just fold the whole space program or keep going and Frank and I were sort of just watching this in real time in our own peculiar, reporter, Woodward-and-Bernstein sort of way,” said co-author Keith Cowing.

Frank also had a more direct hand in conveying the nuances of space policy. He collaborated with Astronaut Buzz Aldrin on a number of writing projects and supported the NASA Administrator’s office as a speech writer.

Frank was kind of a name to himself, Marino said. “It was funny because whenever I’d mention Frank's name at the Space Center all the NASA managers knew who he was. He was really someone to be reckoned with in the industry.” 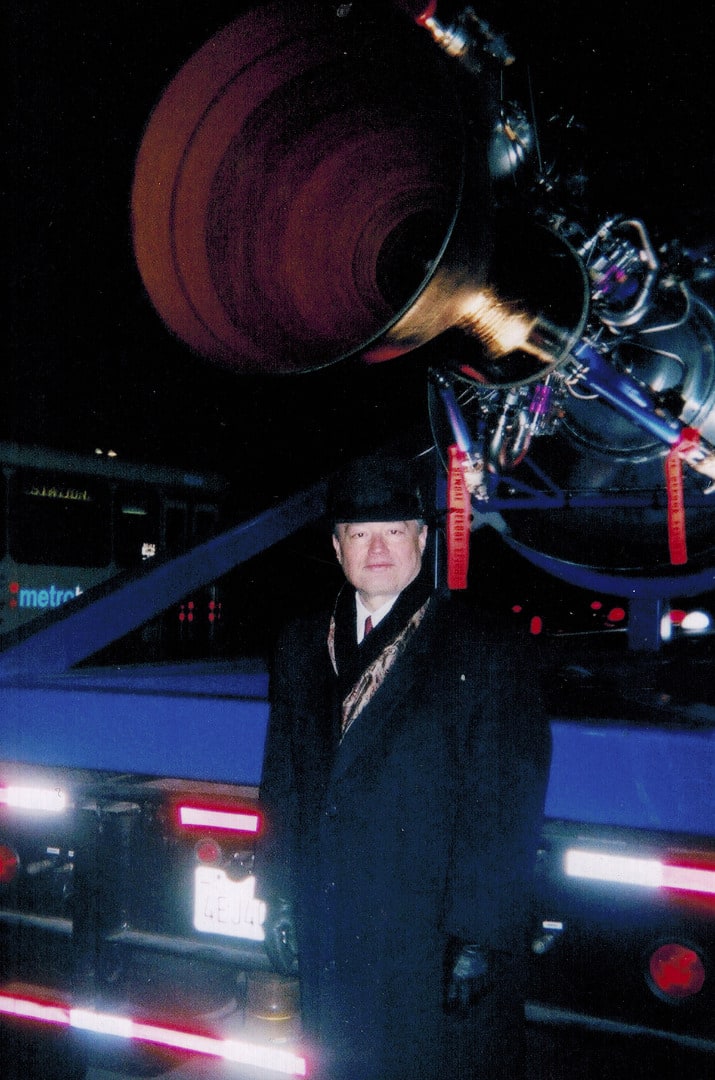 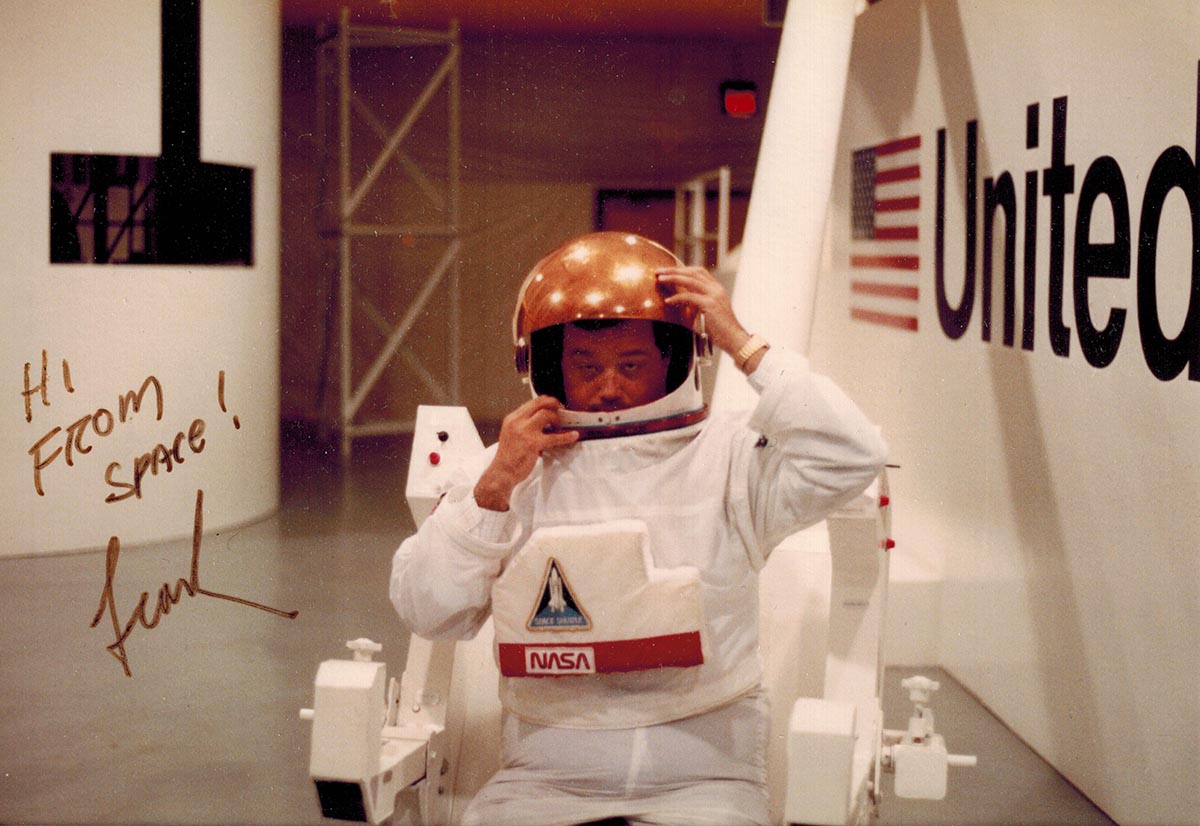