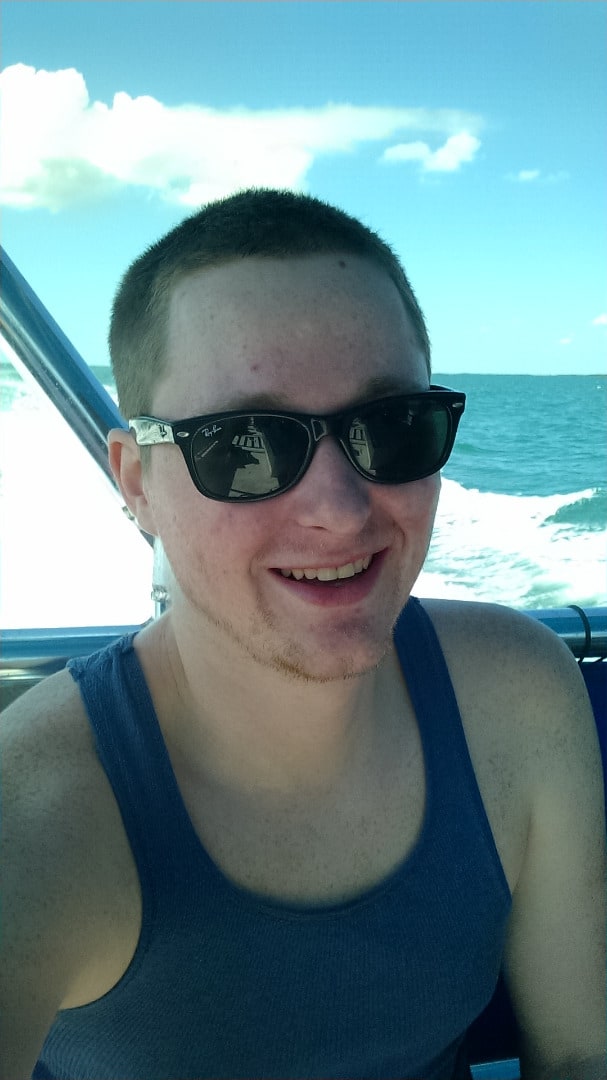 Joshua John Rossignol, 21, of Dunnellon, Florida, passed away December 3, 2014 at the Homestead Hospital in Homestead, Florida. He was born on December 30, 1992 in Caribou, Maine in Aroostook County to Michael and Susan Rossignol: He was very proud of being born in Maine. Josh tragically passed away suddenly and unexpectedly from an unknown cause. He has left behind grieving parents, a brother, friends, relatives, teachers, co-workers and classmates who are all shocked at such a terrible loss.

Josh was a wonderful kid with a big heart. He was the kind of guy who was so warm and kind that he made you feel like you had known him forever, even if you had just met him. He could make ANYONE laugh, even in the toughest of situations. He was growing into a wonderful young man. He was a good, kind and giving person who was taken from us too soon.

He attended Patrick Theriault Elementary School in Sinclair, Maine before his family moved to Dunnellon, Florida in 2005. There he attended Dunnellon Middle School and graduated from Dunnellon High School. Joshua was enrolled in the Culinary Arts Bachelor of Science Program at Johnson & Wales University in North Miami in 2014.

Joshua loved to fish and being on/in the water. He also enjoyed cooking, reading, playing video games on his Xbox and PlayStation, and had a great sense of humor. He loved the music of Pink Floyd, Led Zeppelin and other old-time rock and roll bands. Joshua also loved roller coasters -- the higher and the faster all the better. His favorite teams were the Boston Red Sox, the New England Patriots, the Boston Celtics and the Bruins. He loved Star Wars movies, the Matrix movies and the Lord of Rings Trilogy.

Some of his favorite quotes/sayings included:

“And so it goes.” -- Kurt Vonnegut, Slautherhouse-Five.

“There is no greater sorrow than to recall happiness in times of misery.” -- Dante Alighieri.

“Happiness lives in the joy of achievement & the thrill of creative effort.” -- Franklin D. Roosevelt

“I believe in no God, no invisible man in the sky. But there is something more powerful than each of us, a combination of our efforts, a Great Chain of industry that unites us. But it is only when we struggle in our own interest that the chain pulls society in the right direction. The chain is too powerful and too mysterious for any government to guide. Any man who tells you different either has his hand in your pocket, or a pistol to your neck.” -- Andrew Ryan

One of his wishes when he died was to have his ashes go into space so that he could be among the stars and looking down upon us all.

Forever in our Hearts. 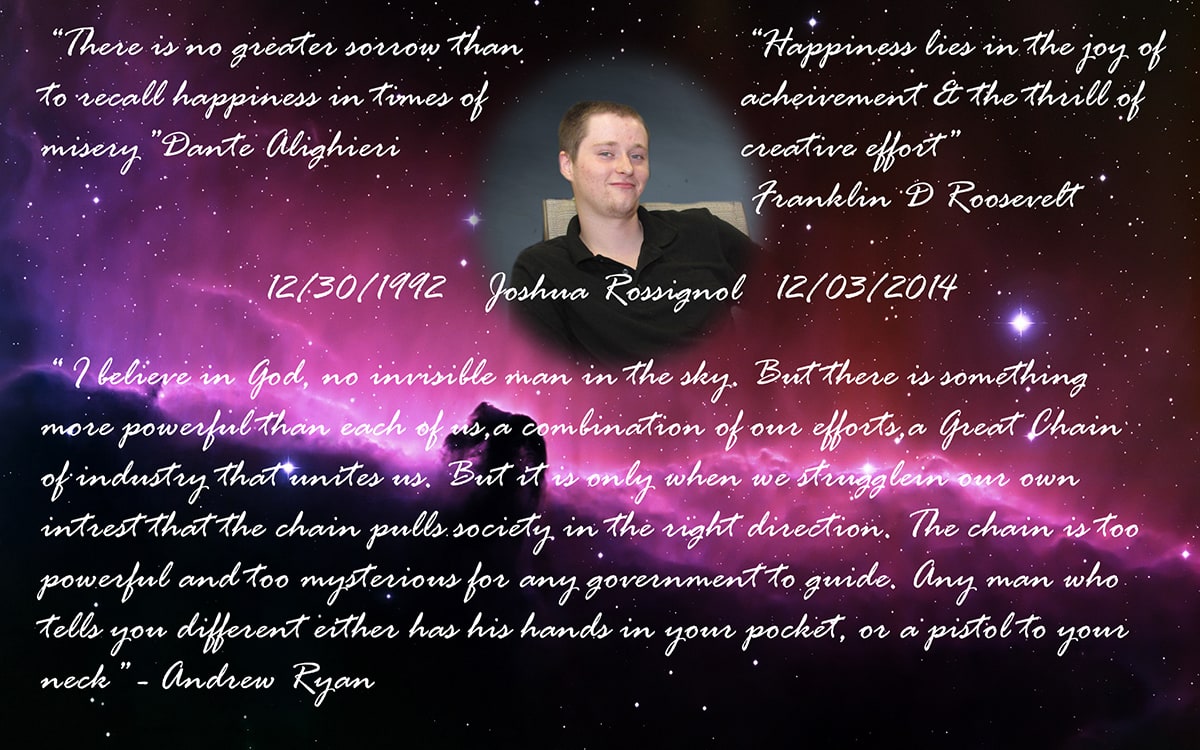 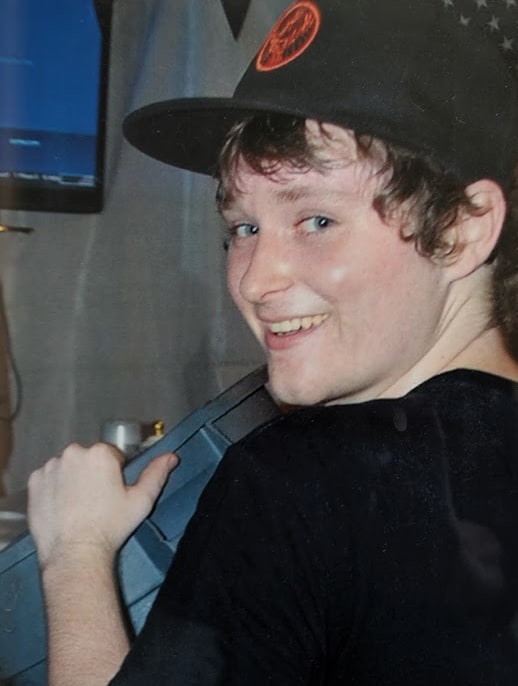