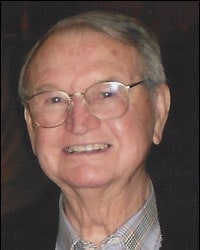 Robert E. ‘Bob’ Duggan was born June 7, 1928 in Ringgold, Georgia. His formative years were spent in and around Georgia and Tennessee.

Bob enlisted in the Army Air Corps in 1947, was posted to Alaska for three years and assigned to meteorology: it was here that he found his passion for flying.

After his discharge in 1950 he moved to Chicago, Illinois and learned carpentry. With this vocation he moved throughout the ranks of large construction companies. He eventually started his own construction company and built many landmarks that bear his name to this day. He remained in Chicago during the 1950’s and 60’s, married and had one son. During these years he found another passion, went to night school and studied law.

In the 1970’s Bob moved to Hawaii, entered real estate and development, started his own business, and again became a successful developer throughout the Islands.

He met and married his second wife, retired in the mid-1980’s, and moved from Hawaii to California, Arizona and finally Nevada.

Flying remained his constant passion. He owned single and twin-engine airplanes. Flying across country he discovered such hobbies as snowmobiling, golfing and boating. He lived life to the fullest: his was a life well lived. He was a blessed man.

Bob passed away peacefully at home in Nevada on March 8, 2014.