One of the greatest inspirations I ever got from Stephen was a simple but a demanding goal. It was one word he had taped to his computer monitor for many years and it seemed so fitting in the middle of a crazy, hectic, endlessly demanding newsroom. It simply said 'TRANSCEND.'

Trancend was the word Stephen was inspired to live by. It speaks to us today in a hauntingly beautiful tribute to the life he created with all its accomplishments, trials, and errors. He left us a legacy of love, honor, humor, wisdom, compassion, integrity, and truth, transcending into an even greater expression of himself through his death. He loved and lived life to its fullest measure, taking special care of what he loved most, his family. He was among us long enough to build a lifelong partnership with his beloved wife, Jan, and to share with her the engendering of three affectionate, strong, creative and productive children, Stephen, Taggart and Dustin. He is a cherished father, husband, son and brother.

Stephen's career as a news journalist spanned 28 years, beginning with a four-year stint with the U.S. Navy, which he affectionately called, "Uncle Sam's Canoe Club." Earning his credentials at Boston University, a Boston radio station, and TV markets in Maryland, Virginia, and Florida, he made his way to the Lone Star State and put down roots much to the chagrin of our New England friends and family. The natural diversity of the land and the mix of people from the world over claimed his heart. The Hill Country rivers claimed his soul as would his work. Stephen was fond of saying, "I've got lots of space between my ears!" He was so alive in the exploration of this vast, unlimited universe, and he was humbled by the Intelligence who created it. Stephen's unwearying fascination, curiosity, and love marked his work as a reporter at Houston's ABC affiliate, KTRK Channel 13, where he spent the last 14 years of his life covering NASA and science. One of his favorite quotes was by Bill Moyers: "A journalist is a professional beachcomber on the shores of other people's wisdom." He said his work was like a perpetual college education. He was never interested in an anchor's desk job. He loved walking his "beat," his "field of dreams" which he encountered daily through the people and events he was covering.

Stephen's sensitivity to an unfolding story became legendary. The Challenger story was close to his heart. In the loss of his friends and the support of the families following the tragedy, one discovered that for Stephen, people always came before "getting the story." He was a trusted servant, always respecting the feelings and emotions of those being interviewed. He remained close to many of the widows and children of our lost comrades in space. NASA honored him, flying the U.S. flag half-staff over Johnson Space Center and sending his pictures into space aboard the Space Shuttle Columbia, June 20, 1996, the day and hour of his funeral. George Abbey wrote: "A respected friend and fellow pioneer, Stephen's memory remains with us in the journey of space exploration for the benefit of all humankind."

A teacher at heart, Stephen "always found time to help a student learn his craft," giving them encouragement and confidence to share their uniqueness through their own stories. He was a gentle and steadying hand for these young interns in the often tumultuous pressure and chaos of TV news.

Extending himself to all children, he visited schools, befriended kids who had lost their way, participated in career nights, read stories, told jokes, and played games. He gave serious time to their lives. He loved the free spirit of children, they were drawn to him like a pied piper, they laughed endlessly at his silly antics, funny stories and playful nature.

Stephen's life was filled with many awards for his work as a journalist as well as his charity and humanitarian efforts on behalf of the American Diabetes Association and the Space Rotary Club. He was honored in life as well as in the year following his death by many organizations and people whose lives he touched as a "social pioneer and constant friend." The community in which he lived and worked has responded in kind to our family in its loss with many blessings.

So long spaceman, you can now paddle a new river, the Milky Way. We love you always and in all ways. 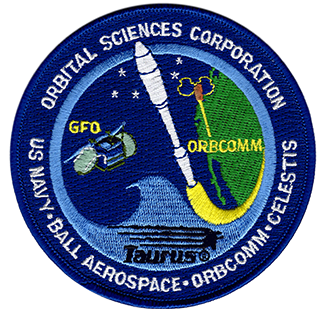