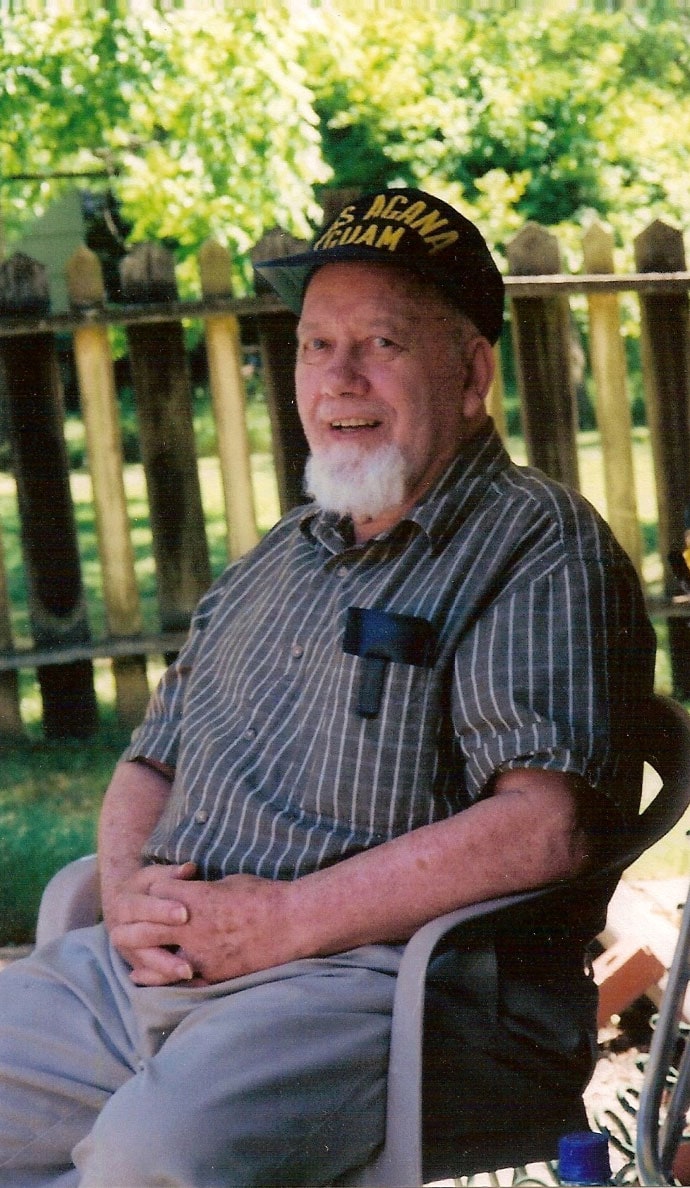 "Art” was born and raised in North Attleboro, Massachusetts where he graduated from high school and attended the Rhode Island School of Jewelry Design. He spoke fondly of his days “roaming around with the guys” in this small town and of “watching out for” his little sister. — “RITA, wanna have some fun?”

When it came time to “join up” he chose the U.S. Marine Corps. His training included Aviation Ordnance School, Aerial Gunnery School and Radio & Radar Operator School. His active duty was primarily with Marine Torpedo Bomber Squadron 131 in the South and Central Pacific theaters as an Airborne Radio Operator/Gunner. While stationed in Guam his TBM Avenger airplane ditched into the ocean. Upon ditching, his was the only lifejacket that inflated. Art instructed the other two aircrew to hold onto his lifejacket, which saved the lives of his fellow Marines. The crew was picked up by the Yard Mine Sweeper-241. To this day he has retained his treasured lifejacket.

While stationed at El Toro, California, in 1944, he was introduced to the “LOVE OF HIS LIFE” – Jean MacDougall. They corresponded while he was overseas and were married in May of 1945.

He worked two years as a stained glass cutter and setter for Judson Studios in Pasadena, California and continued his interest in stained glass crafting over the years at home and by teaching an evening class on stained glass.

The year 1948 brought him into the Space Age when he started work at Aerojet Corporation in Azusa, California:

Art was a life member of the VFW and NRA. His special interests included travel, gardening, reading, western movies, and most of all his family. He maintained a detailed flight log starting with WWII: whether fixed wing, helicopter, glider, or hot air balloon.

“THIS FLIGHT WILL BE HIS FINAL LOGBOOK ENTRY”