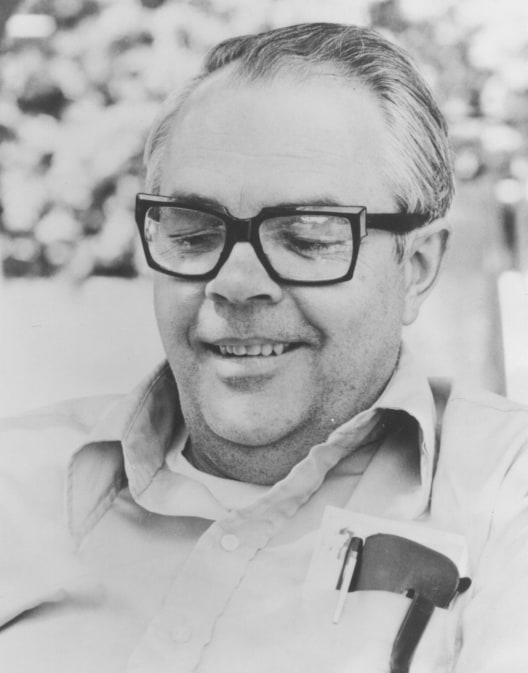 Claude E. Chandler, or Ed as he was known to many of his friends, worked at the Jet Propulsion Laboratory (JPL) of the California Institute of Technology for most of the 1960s and into the beginning of the 1970s. JPL played a prominent part in the NASA space program: The lab was responsible for the major part of the unmanned program to explore the Moon and inner planets.

On May 30, 1966, a spacecraft known as Surveyor 1 was launched to the Moon. This was a precursor to the manned Apollo program. In fact, many of the items designed for the Surveyor spacecraft were used in the manned landings. Ed played a major role in the development of the scientific instruments that formed the Surveyor's payload - the reason for sending the spacecraft into space. Seven Surveyor spacecraft were launched over the next two years. The objective of the program was to land on the Moon and send back information about the lunar surface to determine whether it was safe for a manned landing.

For several years before 1966 a major effort was underway at JPL to develop scientific instruments to measure the characteristics of the lunar surface. Ed was heavily involved in this work for the whole period, particularly in integration and systems design. These aspects were vital to the success of the whole project.

Out of the seven launches, two were terminated before landing; the other five were completely successful. There were three separate types of instruments designed and developed for the spacecraft. Television was on board all missions, a surface sampler was on two successful missions, and an alpha scattering instrument (to measure surface properties) was on three missions. In total, ten instruments were carried on the successfully landed spacecraft.

The work required considerable skill in systems engineering and integration and this is where Ed excelled. His pleasant manner, excellent knowledge of the difficulties involved, and his deep commitment to the project made him highly successful in his work.

Ed and the systems group of engineers that he led played a major role in impressing this philosophy on the designers. He handled the systems integration of the instruments from its conception, into the design and testing phase, when the spacecraft was finally assembled at Cape Canaveral and through the launch.

Ed's helpful attitude, his knowledge and his friendly manner were absolutely vital to the success of the program.

After the Surveyor program was over, Ed moved to similar work on a Urinalysis Instrument which was flown on the Biosatellite project in the early 1970's. This was a program which was in considerable trouble at JPL when Ed was asked to join it. The instrument had been designed and fabricated but there was considerable difficulty with testing and proving the concept, as well as with the interface with NASA headquarters, the Principal Investigator, and others on the program. Within a few months Ed's experience and ability made a substantial difference in the operation of the program, and the instrument finally performed successfully in flight.

Throughout his time at JPL Ed was given a number of difficult tasks involving complex instrumentation. He performed admirably in every case.

Ed Chandler died in 2002 of Alzheimer's disease at his home in Pasadena leaving behind his wife, Fay, and three children. He thought he would live long enough to travel to the Moon but most people were much less optimistic. His cremated remains will be launched into space.

His many friends at JPL and elsewhere are sad to note his passing. He leaves behind fine memories of a good, kind and friendly man, excellent at his job who was always prepared to help, to explain, and to make sure tasks were done on time and to the best of everyone's ability. He will be sadly missed by all who knew him.