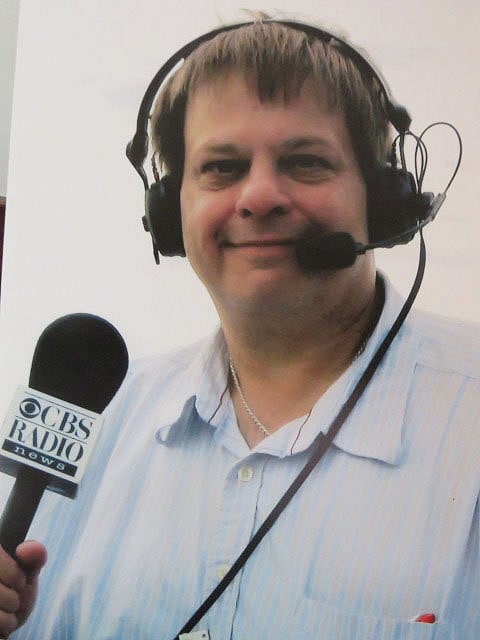 Dave was born and raised in Buffalo, New York, very proud of that city and a dedicated Buffalo Bills fan. He was an outdoors kid and loved to go off in the woods on his property whenever he could. He chopped down a tree for Christmas one year and dragged it home to his family. He got a tape recorder for his birthday and was fascinated that he could hear his voice after recording it! This peaked his interest in the radio field at a young age. In his high school years a local radio personality came to career day and Dave knew then he wanted to be on the radio. A communications teacher also saw his talent and she was dear to him through his whole life.

He went to college at the University of Houston and there as well, while working at the college radio station KUHF, he met another amazing teacher Arvil Cochran who helped him advance his passion even more. Dave became very successful in his career and did not forget the people who helped him along the way.

He was driven by his strong interest in sports first at KTRH, covering many ball games, interviewing athletes and putting it all on the radio. He also spent time as a morning DJ on rock station KLOL. He made headway so fast that before he knew it he was invited to interview at ABC radio network in New York City. He was hired there and this is where his interest in news took hold. At ABC he covered several Olympics, political conventions and was overseas during the buildup to the Gulf war. After several years, he moved to CBS radio network, where he was a network correspondent for the last 17 years, and was proud to be part of a network where Edward R. Murrow had worked. In addition to his hourly newscasts, he had his own feature, “The Observation Deck,” and anything about life could become a story there. He won three Murrow awards in his career, something he was extremely proud of. He was a very talented broadcaster and well respected in his industry. He was universally loved by his coworkers and friends! This was evident for when he passed away the tributes were all over the internet. Everyone whom he either worked with, or crossed paths with had written emotional tributes to him.

Dave and I met while working at ABC radio together and he always loved to tell people that I asked him out. And I was so glad he said yes. We had a very special bond…soulmates for sure.

Dave and I adopted our son Luke from Russia when he was 18 months old, and we are so proud of how he has grown into a young man of 21 years. Dave cherished being a dad. He was continually telling people what Luke was up to and shared many photos as he grew. Luke’s and my happiness were always number one on Dave’s radar. And I know how much Luke misses his dad.

He was an avid fan of jazz, and enjoyed covering the Newport Jazz Festival for several years. He interviewed many musicians, among his favorites, Dave Brubeck, (who lived in our town and we befriended his family), Ramsey Lewis and Oscar Peterson. There are so many more.

Dave was truly a Renaissance man, and a few among the many interests and talents he had were jazz, space and baking. He was so well versed in all things aviation too, that he could look up high in the sky and know exactly what kind of plane it was as it flew over us! He’d won many baking contests and now a trophy has been named in his honor. His knowledge of space was so vast and detailed. He read books on it, interviewed astronauts, covered NASA launches. He wanted to be an astronaut, but in his youth he had to wear glasses and years ago that would have disqualified him. Most kids had posters of rock stars on their walls, Dave had John Glenn! He did apply for the journalist in space program, but that was canceled when the Challenger disaster occurred. And so he told me one day that he would like some of his ashes to go into space!

We all miss him terribly as his personality was so large it leaves a gaping hole in our lives that will never be filled. He gave so much to so many, and made all those he came in contact with feel important. Bye for now, Dave…

Dave Barrett will be remembered on Sunday
by Jeannette Ross, The Wilton Bulletin
Published October 3, 2018

Just five months after winning his third National Headliner Award — for a radio story he produced on the National Film Registry — CBS Radio Network journalist and Wilton resident Dave Barrett died on Sept. 19, 2018. He was 63.

A memorial service for friends and family will take place Sunday, Oct. 7, at 11 a.m., in the Brubeck Room at Wilton Library. His family will begin receiving guests at 10.

An 18-year veteran at the broadcast network, Barrett told The Bulletin after receiving his latest accolade that he strives “to tell a good story — or several — every day.” Barrett also was a three-time winner of the Edward R. Murrow Award, was awarded a Bronze Medal in 1990 from the International Radio Festival, and an Associated Press award for Best Sportscast in Texas.

Barrett was born in Buffalo, N.Y., Nov. 27, 1954. He spent 15 years working for ABC Radio Network News before serving as news director for the Fox News Radio Network from 1998 to 2001, when he joined CBS. His long career took him to 10 Olympics, several Super Bowls, political conventions, Wimbledon, and the Persian Gulf. He worked in news and sports, hosted a talk show and was a disc jockey early in his career.

The Edward R. Murrow Award is given by the Radio & Television Digital News Association (RTDNA) for “outstanding achievements in electronic journalism.” Barrett’s most recent Murrow award came in 2015 for a piece he did marking the 200th anniversary of The Star-Spangled Banner. He was also honored in 1998 for a profile on Tiger Woods, and in 2011  for his story on Kids’ Digital Day.

While Barrett covered the news of the day, he also covered stories “just for fun,” as he did during the summer of 2016. It was a piece he shared on the top movie dogs of all time. It features his “pal” and fellow Wiltonian Charles Grodin opining on cinematic canines from Beethoven to Lassie.

In speaking to The Bulletin on the occasion of his Murrow award in 2015, Barrett said of his style, “I want to tell you what’s going on. I’m not talking to millions of people; I’m talking to you.” He went on to say, “Even on my worst day, I wouldn’t want to be doing anything else.”

News accolades were not the only awards Barrett amassed. Here at home, he often served as emcee and auctioneer at the Cannon Grange’s agricultural fairs and was a competitor in the baking contests, a favorite past-time of his.

In 2012, his sweet potato and banana pie won best in show of all the baked goods at the grange fair. Barrett said he was “stunned” by his victory for the recipe he found in an Aunt Bee’s cookbook from Mayberry fame. He even bought his pie back so he could taste it.

It was not his only baking award. A few years earlier he won with a bread recipe and competed in the state baking contest where he “and about 100 other people got honorable mention,” he said.

Barrett’s wife Joyce, said in his retirement Barrett had set his sights on taking a trip “on a slow cargo ship across the ocean with the intention of writing a book about his career — all the places he had been, all kinds of people he had met and many funny stories in between.”

In addition to his wife, Barrett, who lived in Wilton 28 years, is survived by his son Luke.

Click here to listen to a report by Dave Barrett about the Seattle Space Needle. 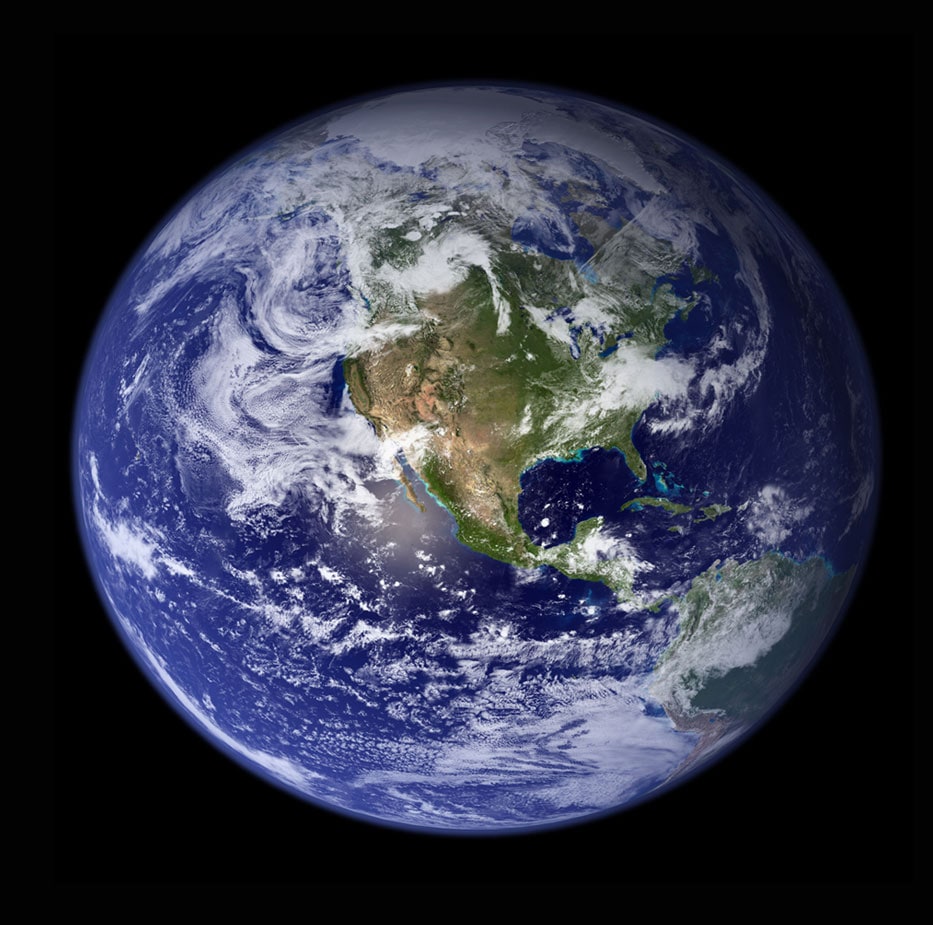 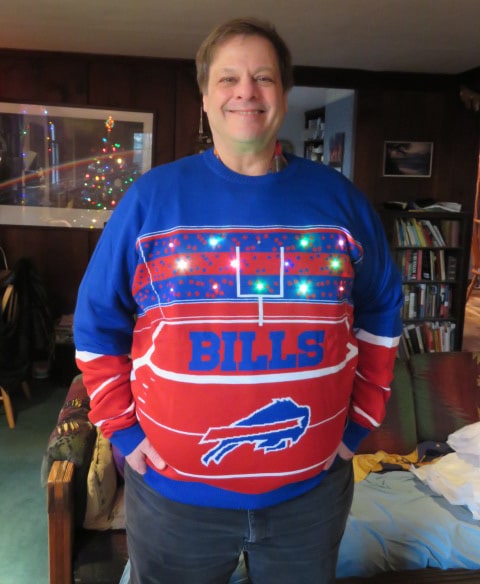 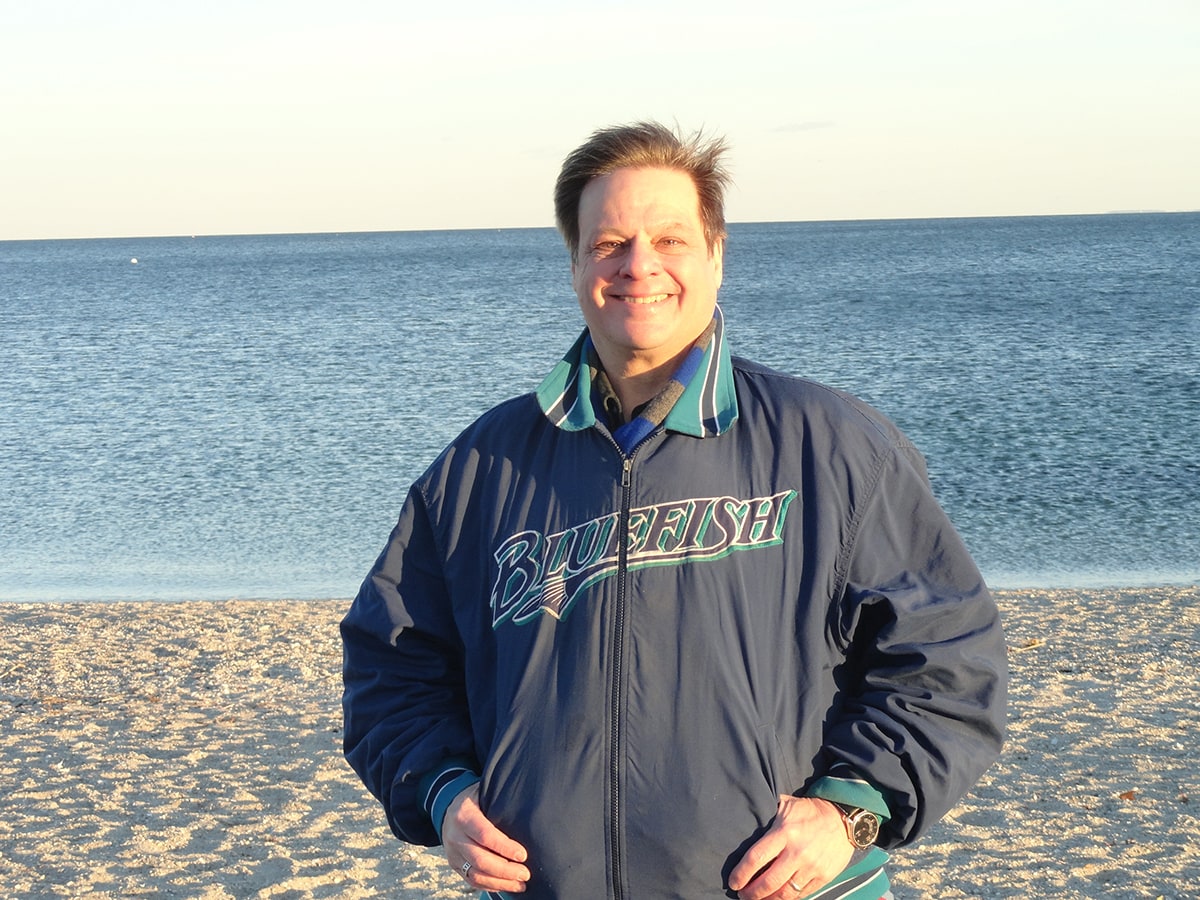 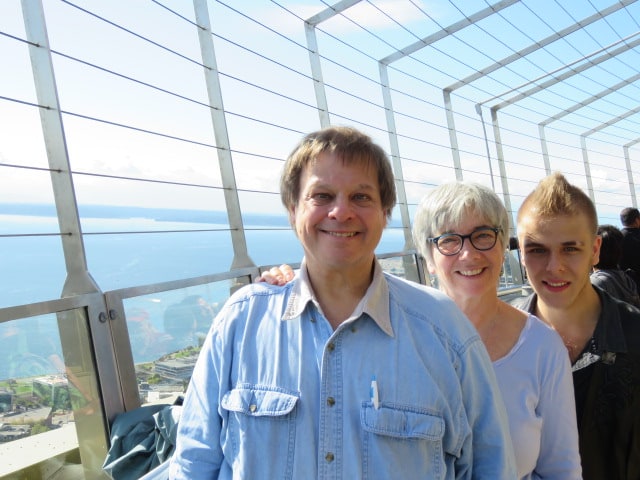 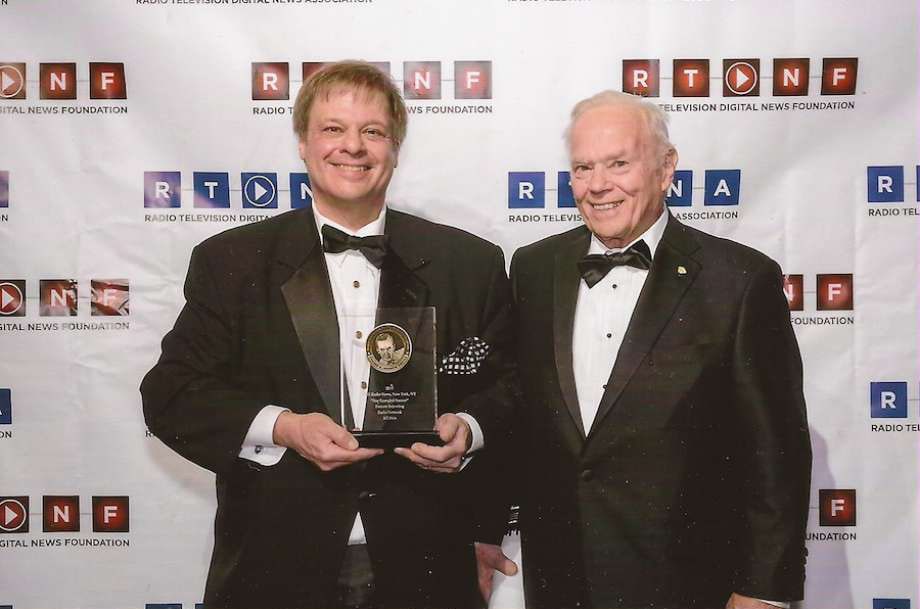