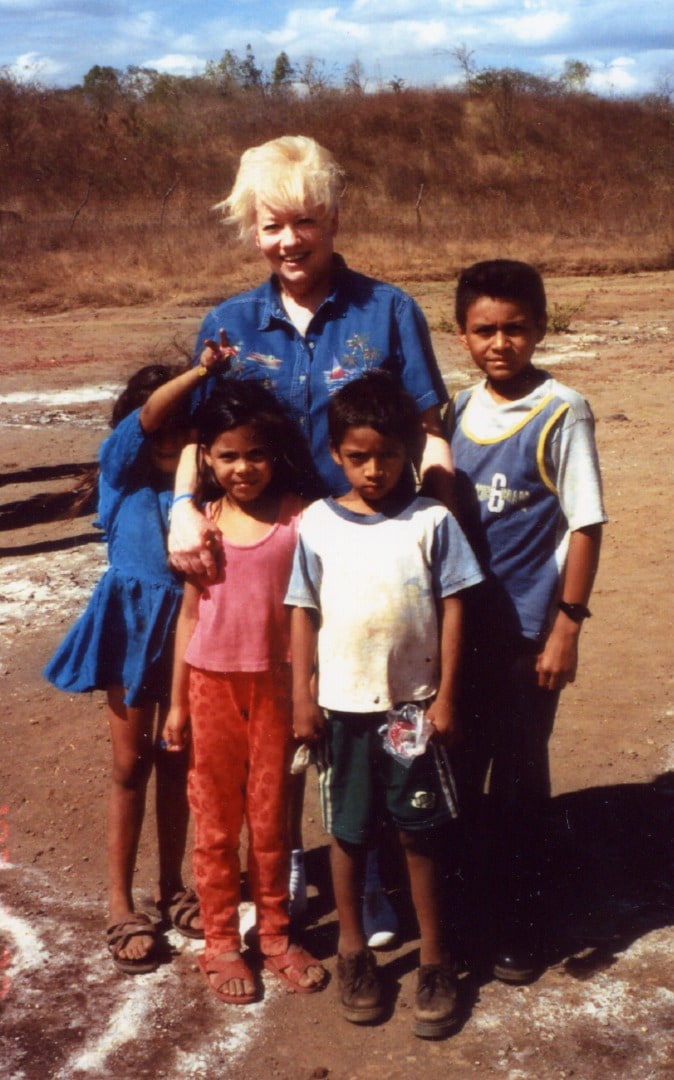 Helen was born in 1938 in Wisconsin in a small town on the shore of Lake Michigan. Following the sun, she landed in Southern California in the late 1950s, where she lived for the rest of her life.

After spending her career in the restaurant business, she retired a few short hours after the deadly 1994 Northridge earthquake, figuring it was time for her to expand her horizons before the 'BIG ONE' hit. After spending earlier vacations traveling in the U.S.A., Canada, and Mexico, she and husband Richard branched out to Central America, Europe, and Africa. While in a small boat on the Chobe River in Botswana Helen alerted our guide to a charging hippo determined to overturn us and leave us for crocodile snacks. We left in a hurry. Another highlight was a visit to an orphanage in Guatemala where we supplied the first grade children with an array of stuffed toys just in time for Christmas. Helen was swarmed with hugs and kisses from the grateful boys.

Helen loved gardening and the outdoors. Tent camping with hubby and her four boys was a routine when they were young. She was a pretty fair angler too, both on the local lakes and the ocean, often putting so called hot shots to shame.

She is survived by husband Richard, sons Michael, Peter, Craig and Scott, and grandchildren Brittany, Jordan and Benjamin.

As she said in her last days, she wouldn't as much have left the game, but would be playing on another field.