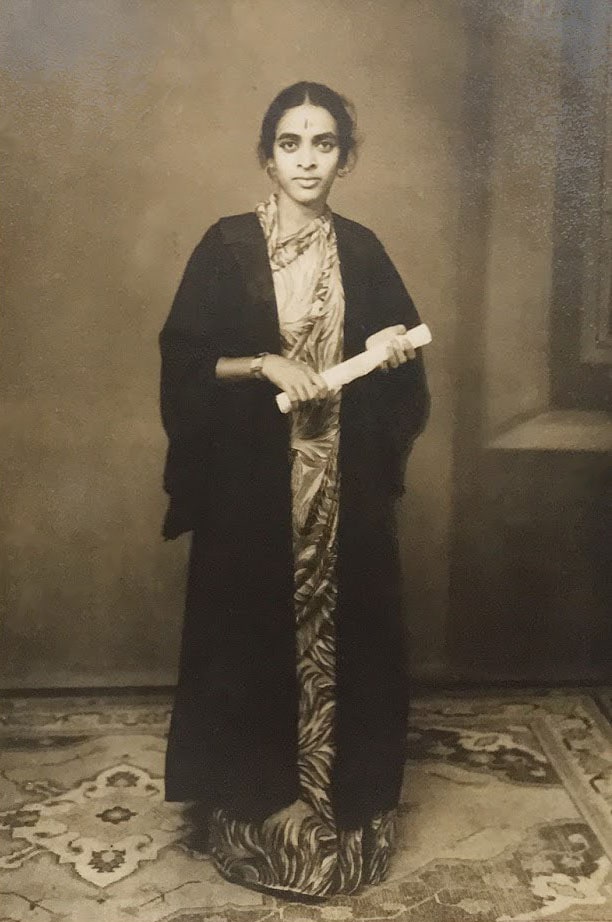 Vuppu Venugopal Bharathi (married name, wife of Vuppu Venugopal Rao “Munnurukapu”) was born on 12th March 1950 in Hyderabad, Telangana, India as “Thota Bharathi Naidu” along with an elder brother and younger sister. Though born into one of the most affluent and well-respected political families in India, she was quickly thrown into poverty at the tender age of five, by a politically stimulated divorce between her parents with her stepmother usurping all their ancestral property. However, she realized the virtue that true wealth lies not in pots of gold but in the hearts of humans. She worked hard, day and night walking miles to school and graduated with a M.A. (B.Ed.) from Osmania University with a Fulbright Scholarship, becoming one of the very few courageous women in India to complete an education in a post-colonial era in which women hardly dared to venture out from home. During this struggle, she even lost her elder brother and many more lives to the same political and family strife at the young age of 23; nevertheless she stayed steady on her path with a courageous smile on her face.

Quickly realizing that a newly independent India recovering from 300 years of colonial oppression and poverty required guidance in the form of education, she left her ambitions aside and started teaching the children and youth of a young, developing nation. Fueled by her ambition to educate the children of the future, she continued teaching even in her 60’s when she had lost most of her faculties of hearing and sight, turning down many lucrative offers of promotion and voluntary retirement from the government. Her great sacrifices over the years bore fruit with some of her students becoming world class leaders, founders and even Silicon Valley Bay Area CEO’s, though she may have earned great recognition and love from everyone whom she taught. Nothing can best represent her as thoroughly as the poem below in Hindi that was penned by her first batch of students from the 80’s and sung by them on her retirement in 2013.

After enduring great tribulations and aggressively combating being paralyzed from head to toe from a Brain Ischemia for six long years, she finally left the planet earth forever and passed away to the heavens on 18th of July 2018 A.D.

Today, we bid farewell to this divine motherly angel (an embodiment of sacrifice and love) to her true home amongst the stars ✨