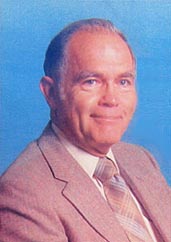 "The Quiet Man of Rocket Engines"

The patriarch of our family, Bill Barnett, was killed in a tragic accident on his ranch in North Fork, California on June 24, 2005. We could write volumes praising him. But our Pop was a quiet man who didn't like fanfare. We shall simply say he was truly the greatest Pop a family could ever hope to have. From how to bait a fish hook to differential calculus, he taught us well.

Bill was born in Fort Smith, Arkansas on February 5, 1927. His father was a career soldier in the U.S. Army. His mother was a homemaker. He had one older sister, Betty Jean, who preceded him in death.

Upon graduating from high school in Austin, Texas, Bill enlisted in the U.S. Navy. He served as a landing craft pilot in the South Pacific islands during WW II. Upon discharge from the U.S. Navy, Bill returned to Fort Leavenworth, Kansas where his father was stationed at the time.

In 1949, Bill married Jo Ann Edler in Eastman, Kansas. He graduated from the University of Kansas in 1953 with a degree in mechanical engineering.

In 1954, Bill landed his first job as an engineer with Convair/General Dynamics in Fort Worth, Texas. It was a job that would eventually lead him to become known in the aerospace industry as "The Quiet Man of Rocket Engines." At Convair, he was assigned to the then top secret B-58 Hustler Project. It was a group of engineers and scientists chartered to develop an aircraft capable of delivering nuclear ordnance from high altitudes while flying at supersonic speeds. His job was to participate in the design and construction of the engine.

In 1960, Bill was recruited by the Marquardt Corporation in Van Nuys, California to work on another top secret government program to design, build and fly an aircraft actually powered by a nuclear reactor. So with young family in tow, Bill moved to California to work on the "Pluto Project."

Bill's reputation in the space and missile industry for knowing what it took to ensure a rocket engine was designed, assembled and installed properly so it would always fulfill its mission soon spread. In 1964 he was hired by the prestigious Aerospace Corporation, the behind-the-scenes "think tank" of engineers and scientists that oversees and administers all rocket launches and spaceflights for the U.S. government. During his 27-year tenure at the Aerospace Corp. he rose in rank to become the manager whose responsibility it was to assure all rocket engines worked perfectly. He rarely missed a rocket launch from either Vandenberg AFB or Cape Kennedy. When the launch countdown hit zero, and the engine roared to life, it was our Pop's show. His proudest boast was that "an engine never failed on my watch!"

The only thing that surpassed Bill's passion for rocket engines was his love for his family. He was an untiring and devoted father, grandfather and great-grandfather. Upon his untimely death, the family searched for an appropriate way to honor him, both as our patriarch and for his contributions to America's explorations into space. Placing our Pop into orbit around the earth assures he will be around for many more years to watch over and guide us. Moreover, being on board the Explorers Flight pays tribute to, and preserves his legacy as, "The Quiet Man of Rocket Engines."

Godspeed to you, Dad. We love you and will miss you. 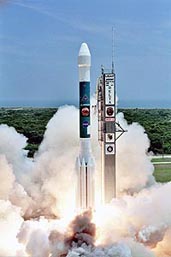